Gale finished the game with six carries for 34 meters with a broken tackle, two offloads and also went 2/2 on kicking conversions. On defense Gale added eight tackles and also led the team with 11 kicks for 377 meters.

This is the second time Gale has earned the MLR’s First XV honors this season.

Feakes finished second on the team with 18 tackles and helped the Gold with field position throughout the game, kicking eight times for 263 meters. The winger also added three carries for 19 meters.

In the 53rd minute, backed up just inside their own 22-meter line, Feakes sent a kick deep into San Diego territory and Blewett was able to chase and track the ball down for the score that would tie the game at 19-19.

#TryTuesday presented by The Olive Branch Cafe | Tristan Blewett does it again! ⚡️

Nick Feakes with the 🥾 deep into San Diego territory ➡️ Blewett turns on the jets 🚀and tracks it down for the score!

Blewett continued his exceptional play this season, leading the team with seven carries for 120 meters, including two tries, two line breaks and an offload.  The center also added 11 tackles on defense through 58 minutes.

This is the sixth time Blewett has made the MLR’s First XV roster this season. 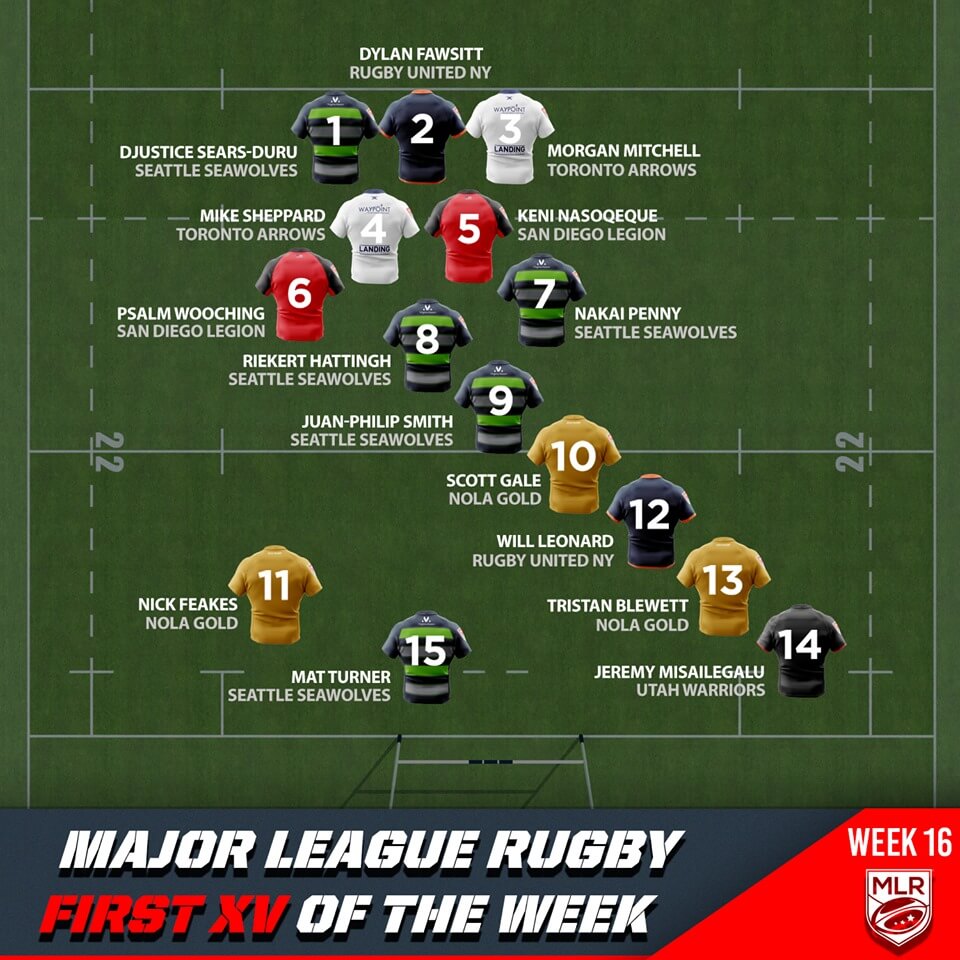