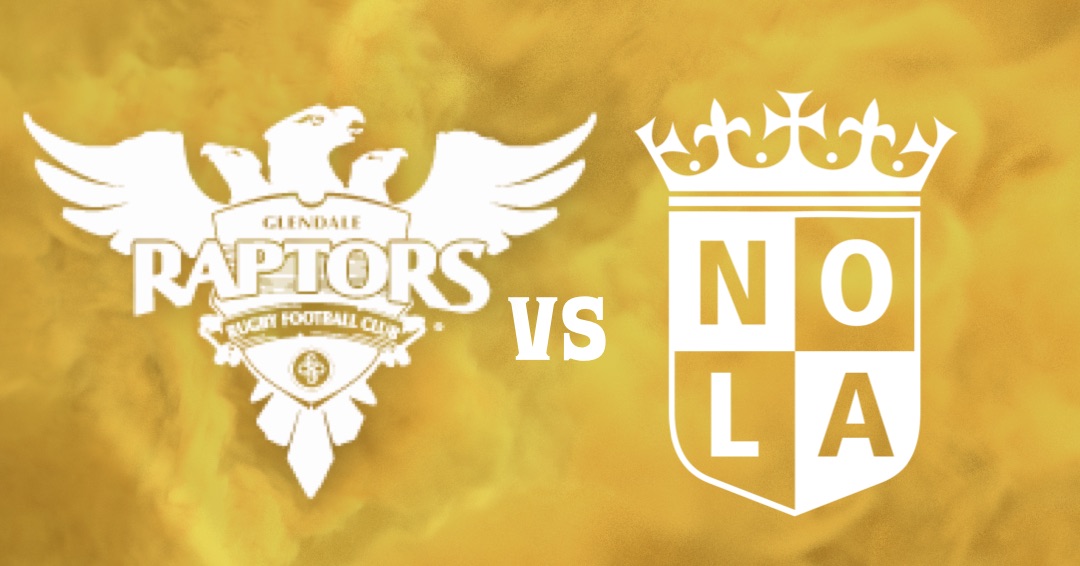 NOLA looks to continue success on the road vs. Glendale

Saturday’s matchup between the NOLA Gold and Glendale Raptors showcases two of Major League Rugby’s most potent attacks, including a battle between the league-leaders in tries.

Tristan Blewett and John Ryberg, who are both tied for the MLR lead with six tries on the season, both return to the starting line ups in the matchup.

In the Gold’s 49-11 win against Houston in week eight, Blewett recorded a hat-trick while setting an MLR single-game record with 237 meters carried in the win.

In Ryberg’s last action against San Diego in a week eight 28-28 draw, he carried the ball 11 times for 97 meters, scored a try and made six tackles on defense.

In week two, the teams scored 71 total points as the Gold came away with the 40-31 win at home.

Head coach Nate Osborne said the team broke down the film from their previous game, but they worked to fix a few things on their own game instead of over analyzing the Raptors heading into the matchup.

“I think that’s one of the biggest mindsets that switched from last year to this year is that teams coming in here, or when we’re going somewhere else, they’ve got to watch the film. We’re the number one team,” Osborne said.

The Gold will be without eight-man Cam Dolan, lock Kane Thompson and center Taylor Howden, but Osborne is confident with the team’s depth to rotate players in.

“I think it’s a great testament to the team and the squad that we’ve got that we lose Cam Dolan and Kane Thompson and straight away replace them with Ignacio Dotti and Kyle Baillie. It’s not a bad problem to have. We’ve definitely got some depth, so that’s a great thing.”

Nikola Bursic will start at No. 6 and Billy Stewart will slot in at No. 5.

“I think we just need to stick to our structures. I think everyone needs to dig deep, know their calls, know what we’re doing and go there and do the job,” Blewett said.

NOLA also looks to snap the Raptors’ undefeated home win streak dating back to last season, but the Gold are embracing the opportunity.

“We’re looking forward to the challenge. We’re excited for it. We’re on a bit of a roll at the moment,” said Zack Stryffeler, who leads the Gold with 126 tackles.

“We’ve really paid a lot of attention to our set piece and also paid attention to continuity – so not having little drop offs like we have been doing in the past three matches – so we can play 80 minutes straight. That’s kind of our goal going into this.”

The Gold face the Raptors at 8:00 p.m. at Infinity Park in Glendale, Colo.

If you can’t join the fun, you can watch on: CST or online at: 9news.com or follow for score updates on Twitter: @nolagoldrugby.