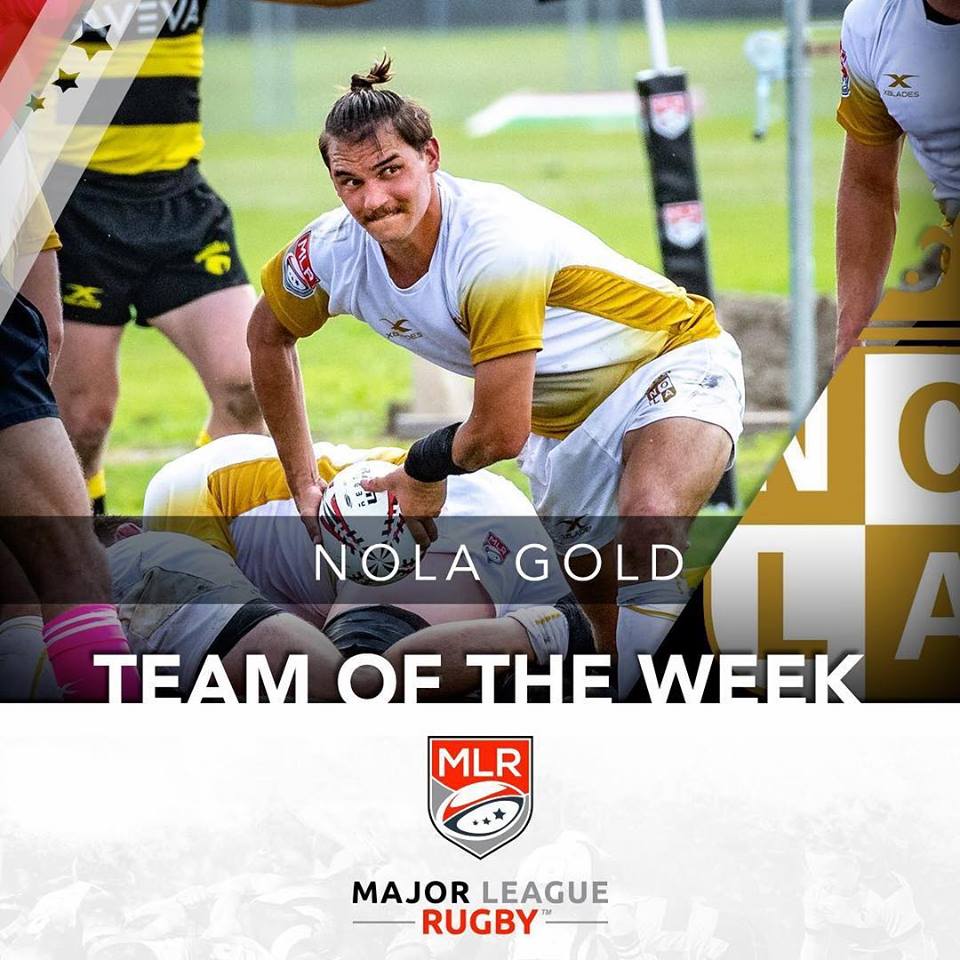 The Gold secured a crucial 24-20 win against the Houston SaberCats to put the team in playoff position halfway through the inaugural season.

After a high-scoring, back-and-forth affair in the opening 40 minutes, it was NOLA’s gritty defensive effort in the second half that ultimately sealed the win. A high tackle in the 54th minute from Houston’s Zach Pangelinan resulted in his second yellow card of the match, forcing the SaberCats to play man down. NOLA wasted no time capitalizing with a Taylor Howden kick to give the Gold a 24-17 lead. That was all the home side needed to improve to 2-2.

For more news and notes from Week 5, visit usmlr.com.

Team of the Week: Seattle Seawolves

Player of the Week: Phil Mack

Player of the Week: Zach Fenoglio

Team of the Week: Austin Elite

Player of the Week: Anthony Salaber

Team of the Week: Glendale Raptors

Player of the Week: Marcus Walsh

MLR is a professional rugby league that launched in April of 2018. It’s an initiative of the American rugby community, in partnership with private investors, who believe that American rugby can thrive at the highest levels: as a commercial enterprise; as an influential player on the international scene; and as a participation sport at the youth and senior level. MLR is the pinnacle of the American rugby, and provides a rallying point for local communities, a focal point for American rugby fans, and an aspirational destination for young athletes.

The Gold head home after a season-ending match against New York.

Last Chance for the Gold to Make Playoffs

On Sunday Night at the Starfire Stadium in Seattle, the NOLA Gold

The Gold Defeat the Giltinis