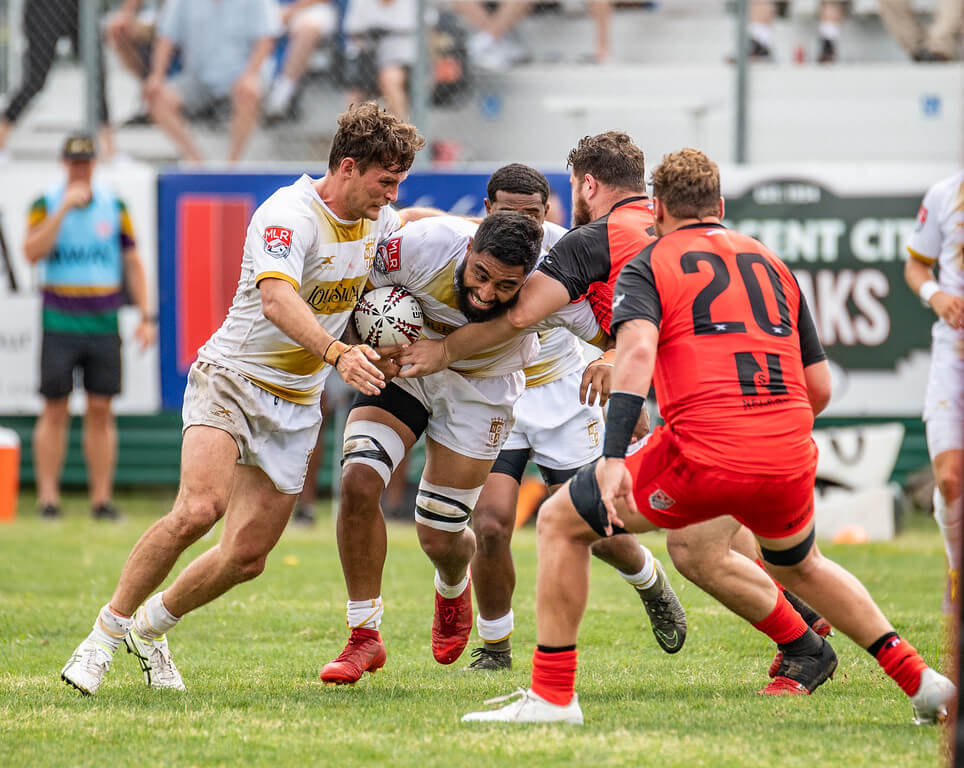 The Gold battled from behind and fell to the Legion 26-19 as San Diego  took over first place in the Major League Rugby standings.

NOLA knocked the ball on 12 times, including on their final possession along the goal line — something coach Nate Osborne said was the difference in the game.

“We just turned it over in crucial moments, like down (at the goal line),” Osborne said. “Three times we had opportunities to score tries today and take the draw at least or at least push it into the next bit, but we just didn’t take those opportunities. We just turned the ball over.”

The Legion (10-3-1, 52 points) got out to a quick 5-0 lead in the sixth minute on a try by Savenaca Totovosau and later extended their lead to 12-5 in the 26th minute as Nick Boyer took a quick pass along the wing for another score.

In the 35th minute, however, fly half Scott Gale found vice-captain JP Eloff for a line break down the far sideline.

Center Tristan Blewett later capped off the attack with a try that knotted the game at 12.

Just before the end of the first half, however, Eloff left the game with a head injury.

With 20 minutes remaining in the second half, Blewett also exited with an injury just after scoring his second try of the game which tied it at 19.

“I think (Eloff and Blewett) are the best two players in this league right now in their form. They’re the game breakers that we have, and it really hurt the way we were doing things,” Osborne said.

The final blow from San Diego came in the 70th minute as Taivalu Enosa cut back on the NOLA defense and got in for a score that extended their lead to 26-19.

The Gold (9-4, 51 points) earned a bonus point by losing by less than seven points.

NOLA plays their final home game of the regular season at 4 p.m. Saturday against the Houston Sabercats

“We just have to lick our wounds and get ready for Houston because now we’re back in a scramble for the playoffs. It’s not about us just being in first place or second place. It’s about us just making playoffs at this point,” Osborne said.