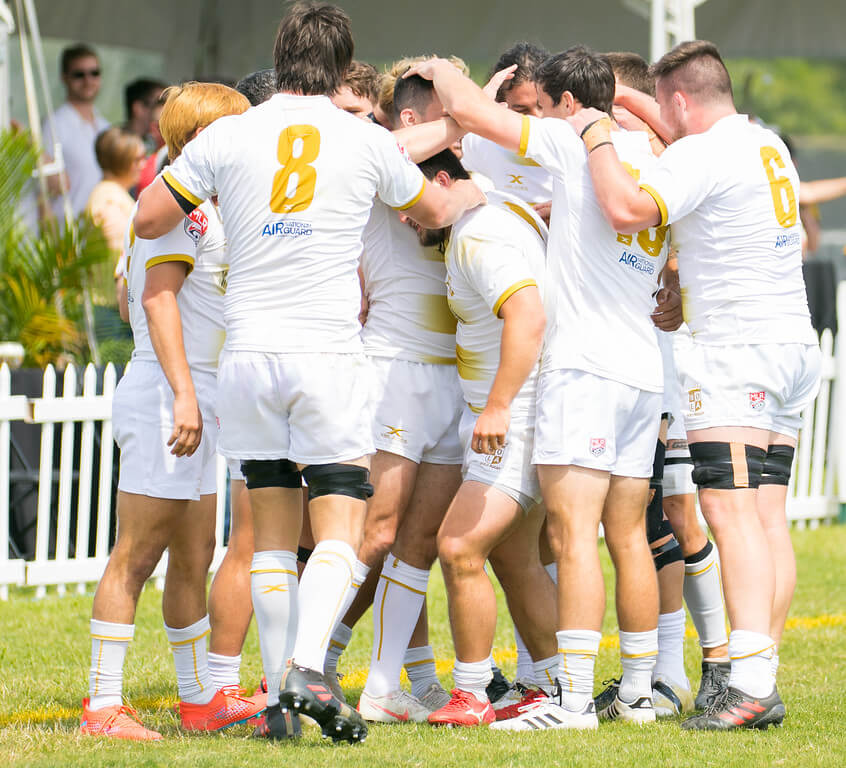 The Gold were never in doubt in Sunday’s thrilling 35-31 come from behind win against the Toronto Arrows in the final moments.

Down 31-28 in the 70th minute, NOLA retained possession inside their own half of the field and marched into Toronto territory for the final phases of the game.

After the Arrows were called for a penalty in the 76th minute which gave NOLA a line-out inside the Toronto 22-meter line, the Gold formed a maul and drove down to Toronto’s goal line.

After a slew of forward punches that couldn’t crack Toronto’s defense, Ignacio Dotti finally touched the ball down for the game-winning try in the 79th minute, as JP Eloff’s conversion took the game to full time.

#TryTime! After a 38-minute drought from the Gold, Dotti dots it down for the match-winning try
–
35-31, Gold, FT#TORvNOLA pic.twitter.com/z5cTQQ0Dbp

Dotti’s try marked the Gold’s only points of the second half, overcoming a 38-minute scoring drought.

After Toronto took the 31-28 lead in the 52nd minute when Morgan Mitchell powered in past the NOLA defense, both teams were deadlocked in a defensive battle for 25 minutes until the Gold’s final possession.

“As a coach, it’s pleasing to see that the guys are still sticking to the plan, even though their backs are against the wall. No one tried to do a chip and chase, throw the ball over their head, or do any of those 50-50 passes,” Osborne said.

“Their defense was great in that last bit. They knew they just needed one turnover to just kind of end the game. We just hung onto the ball and we knew where the ball was going, so we were able to enough people there to keep securing the ball and just be really patient.”

The Arrows got out to a fast start in the first minute as Dan Moor got past the NOLA defense for the first score of the game. The Gold however, quickly responded with back-to-back tries, first a penalty try in the 5th minute, then a strong individual effort by Eloff, who dummied past a defender, breaking a few tackles on the way for the try.

Eloff spots a gap and dots it down for five, jutting the Gold out in front
–
12-7, Gold, 13′#TORvNOLA pic.twitter.com/H7pXjDMqIj

Tristan Blewett followed Eloff’s score just two minutes after, intercepting an errant Toronto pass and taking it all the way for a score, putting the Gold up 21-7 in the 13th minute.

Captain Eric Howard added to the Gold’s lead in the 30th minute after breaking through the Arrows’ goal line defense, extending the NOLA lead to 28-12.

Howard’s score, however, would be the only points until Dotti’s game-winner.

Mieres scored his second try of the game just before the half,  after Kyle Baillie was sent off with a yellow card, but the Gold held the 28-19 lead.

The Arrows came out firing in the second half as Andrew Ferguson opened the scoring in the 44th minute, cutting NOLA’s lead to 28-26 before Toronto re-gained the lead with Mitchell’s score.

Osborne, however, credited his forwards for battling in the middle of the field and remaining tough on defense as both teams tested each other mid-way through the second half.

“One of the biggest keys for us this week was to try and win the middle. I think they had the same sort of key, they were going to get their forwards to win the middle, so it was it was a big forward-battle game. I thought our forwards really stood up in that last bit,” Osborne said.

With the win, the Gold (7-2, 38 points) earned a bonus point for scoring four or more tries, and remain in first place in the Major League Rugby standings.

Osborne also said that coming home after two road games will be big for the Gold as they can rest and recover during the short week ahead of their game against the Utah Warriors on Saturday.

“Just knowing that we’re at home in front of our home crowd and we’re still sitting on top of the table,” Osborne said. “But knowing that everybody else is chasing pretty hard and knowing that we can’t have any let downs, I think, is a motivator for us to come home.”

The Gold face the Utah Warriors this Saturday, April 13th at 2:00 p.m. at Gold Stadium.

If you can’t make it to the game, you can watch on CST or streaming on ESPN+.